skip to main | skip to sidebar

What is to blame for the shooting and bomb attack in Norway? Psychology or multiculturalism?

Disagreement day. I disagree with a lot in the following article but it brings out a few interesting points regarding what happened in Norway. The article came from worldcrunch. More articles we disagree with will be published here on this subject.

GENEVA - What is to blame for the shooting and bomb attack in Norway? Psychology or multiculturalism? Is Anders Behring Breivik a monster who acted alone, or was he influenced by a specific societal context -- or both? The bomb attack and the shooting carried out last Friday by the 32 year-old Norwegian raise questions about the deeper causes of this tragedy that killed 76 people.

Before the attack, Breivik talks about a “cultural and Marxist rape of Europe” in a video put on line. In this video, he describes multiculturalism as an “anti-European ideology of hatred aimed at deconstructing” culture, traditions, identities and European Christianity or even the European nation-states. To him, it is impossible today to stop the multicultural alliance (elites, media and politics) in a democratic way, requiring instead a conservative revolution that would once again banish Islam from Europe. dn dn

Matteo Gianni, a Professor at the University of Geneva and a specialist in multiculturalism, notes that the negative views on multiculturalism are hardly unique to the alleged Oslo terrorist. The far right has been using this rhetoric of threat, invasion and even anti-white racism. “Samuel Huntington (author of The Clash of Civilizations) had already developed the issue. Today, the anti-Muslim position is at the core of this rhetoric,” says Gianni. “This was illustrated by the referendum on the minaret in Switzerland. It has become the trademark of the populist parties, and the traditional right-wing parties had even started to use this rhetoric, even if at heart they do not agree with it.”

Jean-Yves Camus, a far-right specialist at the International and Strategic Relations Institute says that Breivik’s obsession is “Eurabia,” the Neo-Conservative idea that Europe has become a vassal for Islam.

Over the past few months, major political leaders have attacked multiculturalism. “Multikulti” has been a failure” said the German Chancellor Angela Merkel. Thilo Sarrazin, a member of the Social Democratic Party of Germany and a former member of the executive board of the Bundesbank (Germany’s central bank) drove the point home by writing a book called “Germany is heading for a fall.”

French President Nicolas Sarkozy and British Prime Minister David Cameron raised the issue as well. In March 2007, prominent French philosopher Alain Finkielkraut said to Israel’s Haaretz newspaper: “Jewish people only have a future in France if France remains a nation. The Jewish community has no future in a multicultural state because anti-Jewish groups might be more powerful.”

What do these critics rely on? Prof. Gianni thinks the use of these words gets confused. From a sociological point of you, to talk about multiculturalism is to describe the social state of a society. It is an inevitable sociological consequence in any open democratic system. Thirty years ago, for example, Norway was still a relatively homogeneous state. Globalization has transformed the country. The number of immigrants has doubled since the mid 1990’s. Today there are 500,000 immigrants in Norway, representing 10% of the population.

German Chancellor Angela Merkel says multiculturalism is a “failure,” though Germany has never actually introduced specific policies to promote it. The German government gave priority to an assimilation process and to restrictive naturalization, and has just given the right to have multiple citizenship. “We might have gone too far in the process of integrating foreign cultures, and maybe we haven’t placed enough emphasis on adapting minorities to the country’s culture” says Jean-Yves Camus.

Not an act of charity

“Anders Behring Breivik’s position seems coherent, but it is completely unstructured,” adds Gianni. He thinks multiculturalism could endanger democracy and Europe’s cultural identity. However, to give rights to foreigners is not a charitable act; it is just part of the fundamental rights that are integral to democratic societies. To negate multiculturalism is to negate democracy.

This does not mean we can’t debate how far a country can go in accepting differences. Camus does not want a causality link between the debate on multiculturalism and Breivik’s terrorist act.

Could multiculturalism be the Trojan horse of Islamism? Pierre-André Taguieff, director of the French scientific research center (CNRS) is the one who came up with this concept. “The idea of using multiculturalism as a Trojan horse can be found in some Islamist circles that believe that the jihad (holy war) would fail in Europe; and therefore, one has to follow a cultural strategy to modify the European system of representations and beliefs before going through the political phase that would lead to seizing power.”

In this criticism of multiculturalism, Taguieff sees an outlet for people to “express their distress about globalization, which is seen as a blind and destructive process, a sort of machine that grinds down nations.”

Therefore, people tend to “culturalize everything” says Gianni. If the unemployment rate and the crime rate are going up, it’s all multiculturalism’s fault. “One does not have to think that all the problems related to immigration are problems of a cultural nature,” he says. “They can be problems of education nature.”

In his 1,500 page manifesto, Anders Behring Breivik links multiculturalism to “cultural” Marxism. Would it then be up to a left-wing concept to explain why the killer of Oslo and Utoeya, described as a conservative Christian man, attacked the Norwegian Workers’ Youth League (AUF)? Pierre-André Taguieff says no. “Multiculturalism can be defended by radical left-wing advocates as well as right-wing liberals who see cultural diversity as a path to deepening the democratic system.”

Posted by Two Invandrare at 9:45 PM 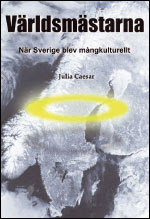 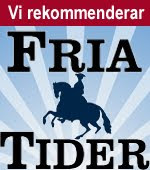